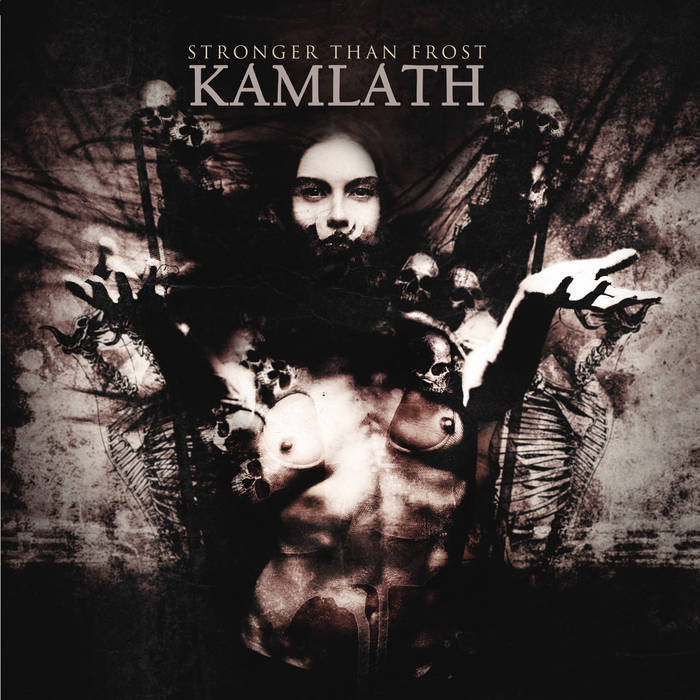 A new discovery in the world of heavy music: unique international project Kamlath performing music featuring different genres which can be characterized as dark metal while the band members call it Siberian Metal. They try to tell with their music about Siberia, its inhabitants, the pride of this great people, their destiny full of heroism and tragedy through thousands of years.
The band founded by two Siberian musicians recorded their debut album "Stronger Than Frost" with the help of famous musicians from Sweden, USA and Italy. The record features virtuosic guitarist and Grammy nominee Mike Wead (King Diamond, Mercyful Fate, Memento Mori, Firegod, Candlemass+), drummer and successful drumming teacher Dennis Leeflang (Bumblefoot, Within Temptation, Sun Caged, Epica, The Saturnine, Lita Ford) and unique vocalist and frontman of The Foreshadowing Marco Benevento!
Mixing and mastering of "Stronger Than Frost" was performed by sound engineer Christian Ice in Rome, at Temple Of Noise Studio, while concept-art of the album is exclusively developed by Seth Siro Anton (Spiros Antoniou) from Septic Flesh.